BUGGY ROLLIN is an inspiration

One of the questions forn the real beggining of the the projets was :

Will the buggy rolin be an inspiration for other creators ?

TIGER & BUNNY has the best evil hero wearing a full body rolling armor…
Positions described in the patent are exactly used in the animation. 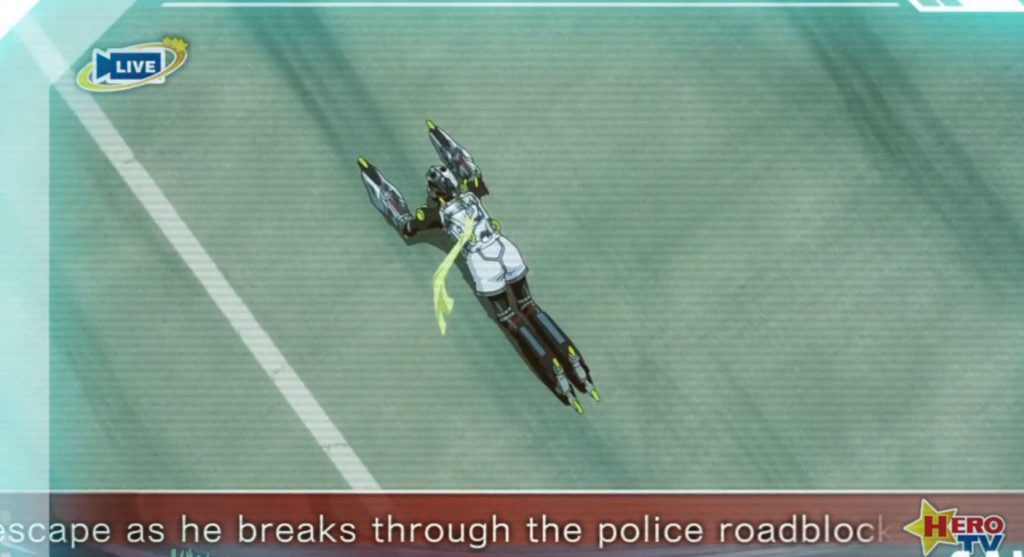 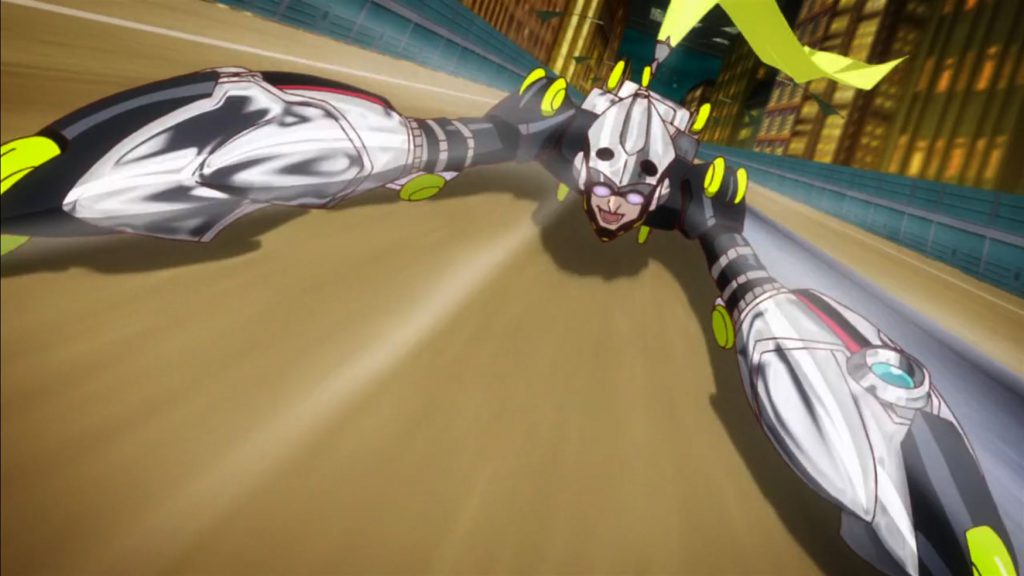 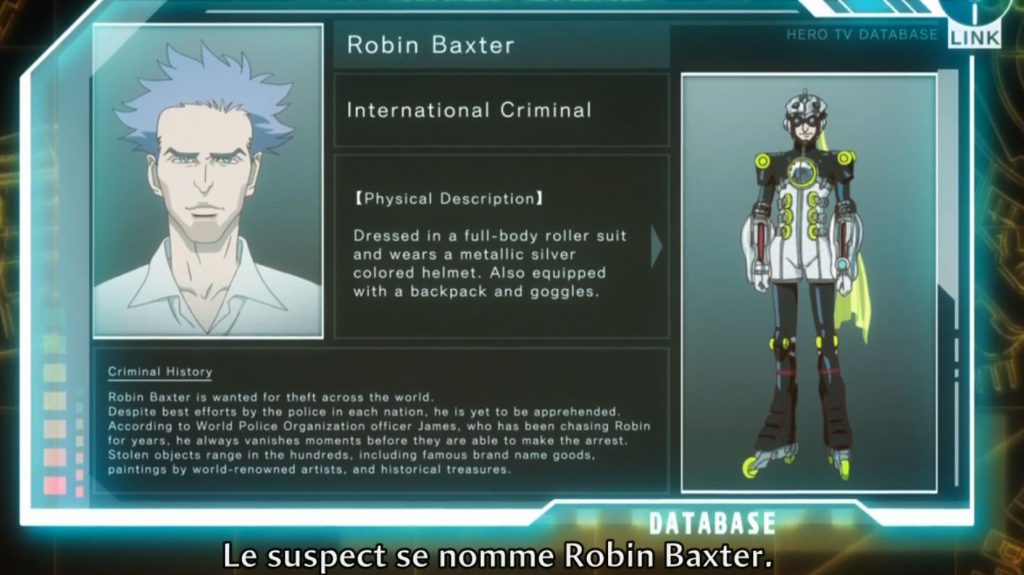 Pitty is that we did not colaborate. we could have make more action according to the wheel suits capacities and so make the charcater more intresting.

The piece of fabric he carries behind the head is also not good for the wheels. We tested it in the Yesman Movie and it can be really dangerous when it gets trap in the wheels.

Far beyond the sport, BUGGY ROLLIN ™ is one of the few products in the world that turns its user into a character and gives it a new identity.

These characters are the vectors of the product image. They will use any type of media, film movies, cartoons, video games. The BUGGY ROLLIN ™ will stand for true in the reality balancing fictional characters. the “Mythology of BUGGY ROLLIN” developed by Jean-Yves Blondeau may be applied to the maximum of media (film, fiction, animation, video games, online games) and derivatives. Jean Yves develops also an independent panel of Characters that can develop their own story, and serve other purpose in other society.

We have the power to create the first sport in the world that links the real world and the virtual e-world. With the help of new technologies, we will blur the boundaries of reality. With BUGGY ROLLIN ™, what you saw in movies anticipation, is the reality. It is now possible to experience the future. This future is neither black nor white but just the right balance between leisure cyber and physical activity, a form of kinetic art or body armor lives, and the spirit animates it.

Here is a few example of fiction characters

The Vision of Jean Yves is to use the MYTHOLOGY of BUGGY ROLLIN to create fictional worlds in where Kids can create their own adventures. Throw the medias of Cinema, animation and cross over virtual reality of video games we will feed the enjoyment of BUGGY ROLLIN universes. In order to sustain the market of BUGGY ROLLIN wheelsnuits and ancillary products we will create resort that can be integrated in amusement parc and be independent on mountains. The resort mountain project uses gravity of slopes to generate as much as variety possible in the use of BUGGY ROLLIN armors. It will welcome individuals, families and group for a few hours or a few days. The sports possibility of progress will be almost not limited.

The entertainment spaces that can be integrated in theme parcs or injected in the center of megapolis, is a multilayer network building. It welcomes from true beginners till absolute advanced people. Alone or in group there will be BUGGY ROLLIN suit for rental, and shop. Bar restaurant, party zone with stage for BUGGY ROLLIN artists, cool zone with swimming pool, spa for after rolling, hotel rooms for guests. Every suit is connected with the system to check the progress of every one and open new levels. Performances are monitored videos will be automatically produced sold, and distributed on social medias account of client life or after review. The layers of networks are distributed by difficulties and environment identity such like aerials, ramps, pipes and more.

These spaces are not only entertainment places, they are stream media studio, well being place, shop, workshops, sport schools, place to emulate creation and sports. It is thought like a micro las vegas universe where every thing needed can be found 24/7. The difference with LV is that in BUGGY ROLLIN WHEEL WORD the body and the mind will be better after visiting.