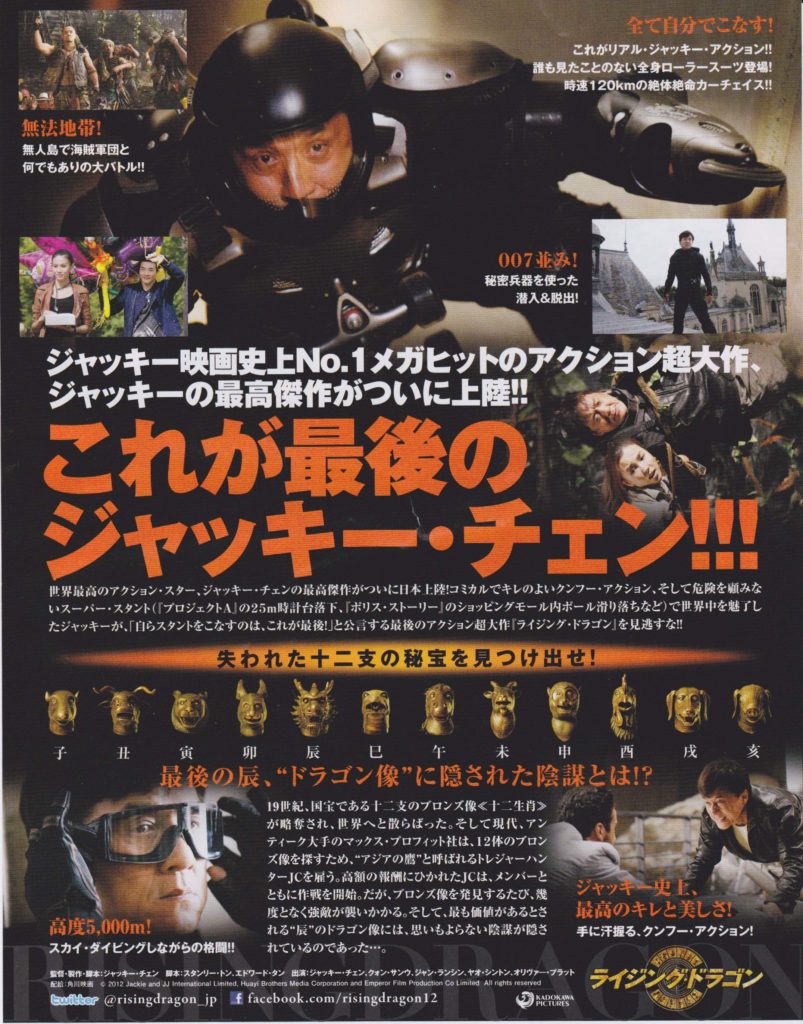 Here is the story of Promotion of CZ12 for Jackie Chan in Tokyo. Jackie said he will take Jean Yves to Tokyo, Beijing, and Hong Kong with his private jet on the same day for the launch of his film CZ12. But in the meantime apolitical between Japan and China was full of stupidity, and relations having deteriorated, Jackie was not welcome in Japan. So it’s Jean Yves who went there. And who had a lot of fun riding the streets of Shinjuku again. In japan the movie was named “Rising Dragon” . The promotion team bought a buggy rollin suit to make journalist wear a clean armor in Japan.

pictures of Promotion of CZ12 for Jackie Chan in Tokyo

It was the day of jackie’s birthday so we made a video for him.
We never met so cute journalist in fuji TV. She was laughing and playing very funny. the producers had to take Jean Yves and her away from each other if not they would not separate. Tokyo made a warm welcome to jean yves, it had a lot of emotion.