Jean Yves Blondeau the Rollerman at Peyragudes 2009 for a legendary downhill spot on the traces of James Bond. 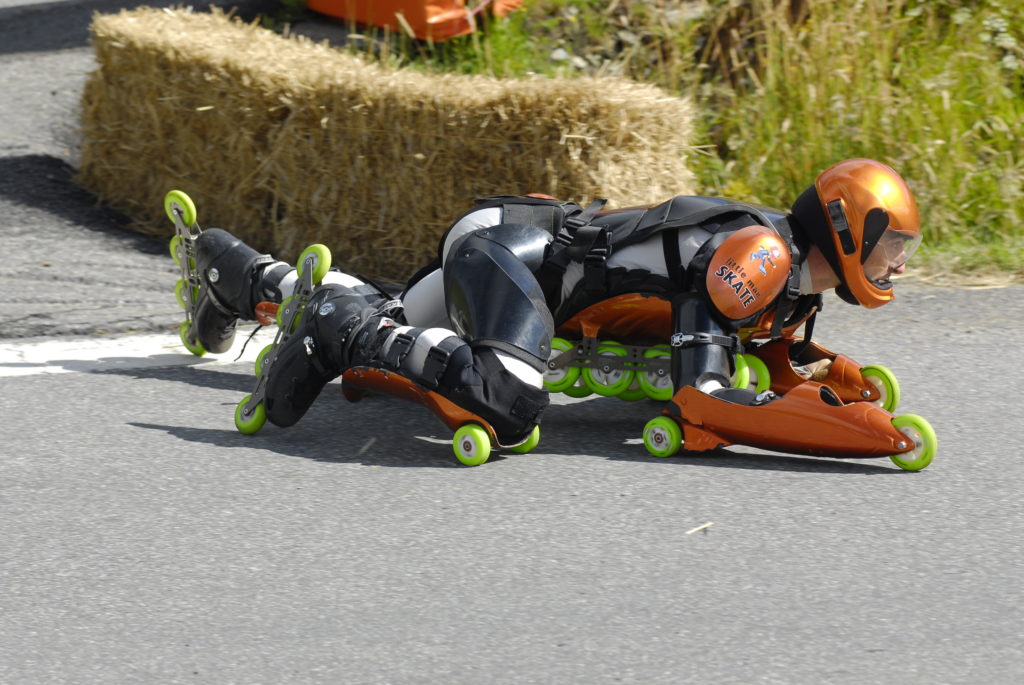 Legend has it that it was the best organized race in Europe. Race, lodging, meals all included.
A ski resort in the French Pyrenees welcomes the event. Every thing opens just for the athletes. Hotel restaurant, swimming pool are here to make the side of the the competition to the best level as possible.

The road is long and there is a nice braking at the end of the long straight down. Jean Yves uses the orange armor that served for the film Yesman, and the silver downhill suit from South Korea. They are very similar. The orange sut had no wheel on the back. This was going to change soon. It was the first time for this suit to go on a road race. We could say that it is brother BUGGY ROLLIN suit. Later they will both become blue, and nobody will be able to say with one was what.

Here is the super short movie but so GOOD

Here is the long movie 6 min of ride to pass the whole road.