TF1 has host Jean Yves Blondeau for its 20H news. That is the most viewed TV show. It is a good introduction to BUGGY ROLLI and BUGGY SKI. Sorry for poor sound.

Jean Yves Blondeau made Two Commercial in 15 days one in China for Skoda, and one in South Africa for Raifensenbank Germany. 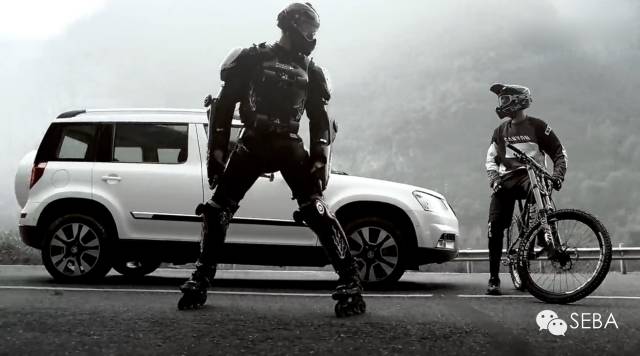 This video is made as introduction to Stunt players website in hollywood. It is a short edit of the Skoda Commercial Film

We can see Jean Yves Blondeau’s point of view at Cisterna d’Asti World championship, at La Bouille French championship. And Finally at the Lugdunum contest Downhill race in Lyon France.

Rollerman video of 2015 in China

That was a golden year for Presence of Rolerman in China. First was Li Shan, the mountain right behind the Terra Cotta Warriors of Xi’An. A lost road is surfing the top of the mountain and finishing nowhere behind the city.

In LiShui, first year we had a downhill race, then the following year Riderman joined Jean Yves to make show at competition ceremony. Besides the show, Jean Yves was helped by Daisy and Vincent to visit roads on the neighborhood of the city. We could discover a variety of road profile and had a lot of adventures

The Xichang Rollerman video of 2015 was the amazing discover of this almost perfect city. The video show a downhill on the side of the hill near the lake on a closed road.

We could go in three bob tracks ! and we could compete with several suit every where ! That was amazing
enjoy the videos. Contact us if you have any question.