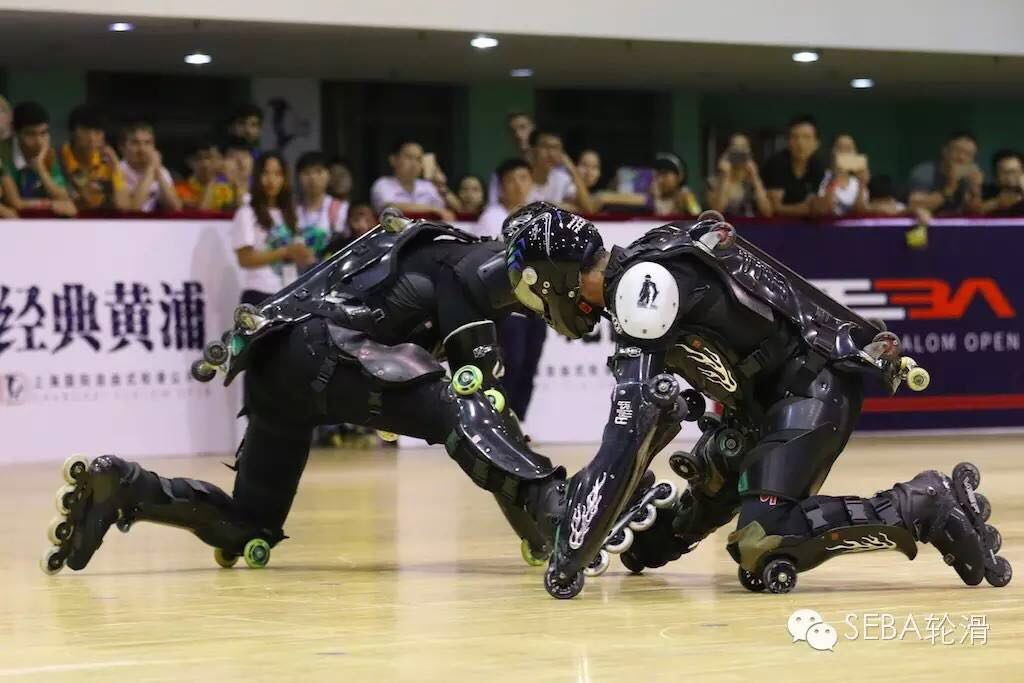 Luckily, Riderman was invited with Rollerman to make synchronized show at Shanghai Show 2015 open freestyle competition.
The choreography was prepared in France on the theme of the medieval jousting to remember the knights who are the ancestors in armor. The knights are facing each other from part to the other of the stage and they run against each other. They do not hit each other. It is not a fight to destroy the other one but something to construct together coherent motions where synchronicity and precision plays a big role.

In conclusion, this was also the first time for Christophe to come to China.