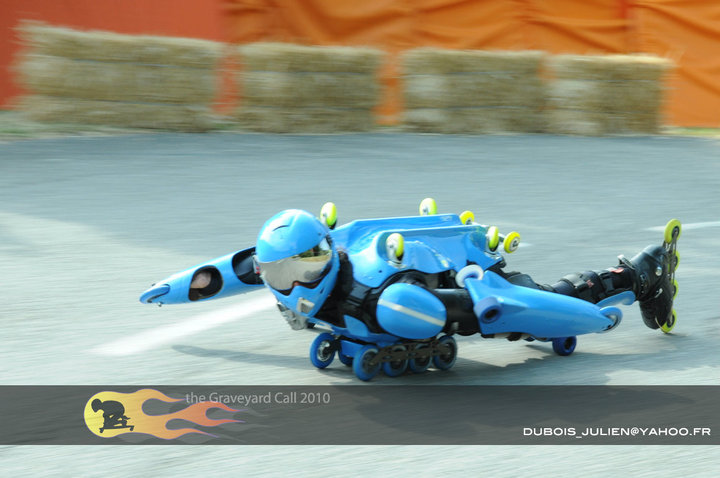 Back to the Graveyard call race near annecy, with blue suit now. That’s the place James Kelly tried the BUGGY ROLLIN suit. That was not easy, because the other skaters were laughing-kidding. Thus and as a good skater, but he was not a good student. James was refusing to hear what the master would say to help him. Maybe he was too proud ? Or maybe he had to protect his star status? It is difficult to start a new sport. Obviously the first steps must be done in private to be focused and at peace. He had the courage to go up against the easy jokes of his pairs. Thankfully, and have a nice word for the camera.

The armor was not treated with tenderness. Maybe he did not know the value in work of the things he used. It is always hard to see an armor that has demanded so many hours of work crushed on the floor.

Skate house Media made a video of James Kelly finishing with images of jean Yves in Blue suit.

jean yves also made his own video of the Graveyard call day with split screen sequences. You can check the lines in the miror of the helmet visor.