Almost by chance Jean Yves appeared as Rollerman at Cosplay meeting. The most bizarre thing is to encounter copies in the realm of fictional characters by a real personage who does not yet have his copy in the fictional world. Like two extremities whose curved space brings back to a point of convergence. We were definitely from the same world, and for someone from the outside, we were one. 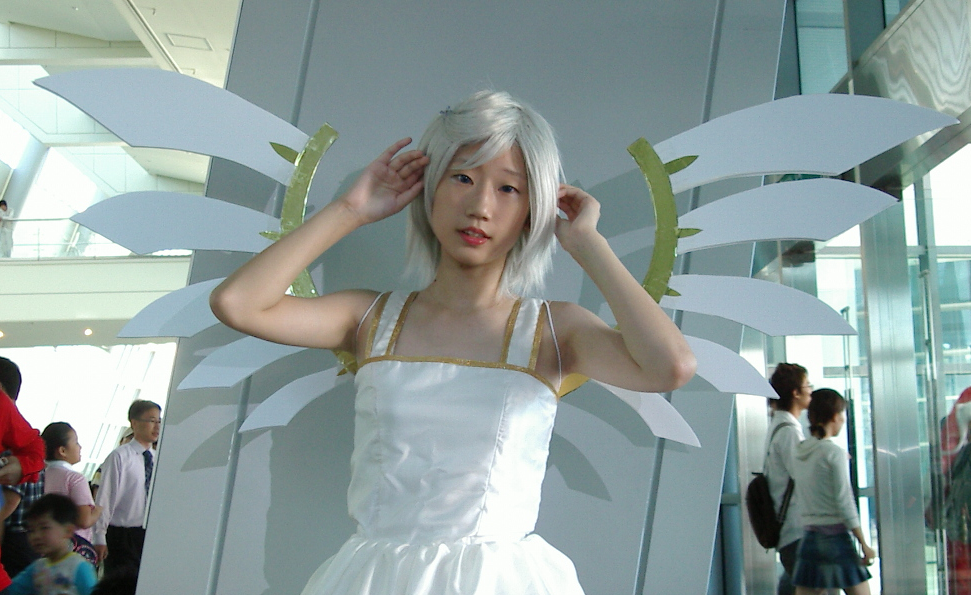 The Japanese had trouble understanding that Jean Yves Rollerman is not the reproduction of a manga character but surely the opposite. They asked all the time “but who are you?” They did not want to hear the patronymic of Jean Yves, but the reference to the under culture of the annimation.
This cosplay took place in Busan. It engendered strange mixtures and furtive encounters where the participants are punctuated in the postures of the drawing of the comic strip heroes.

Pictures of Rollerman at Cosplay in Busan South Korea

In order to continue surfing the wave of notoriety, it was decided to spend Christmas Day participating in a record attempt to group the most Santa Claus in the same place.
By having enough of red santa, and having for sponsor the Paran website which means blue in Korean, Jean Yves has decided to make a Christmas father with wheels, blue.
link to prototypes here 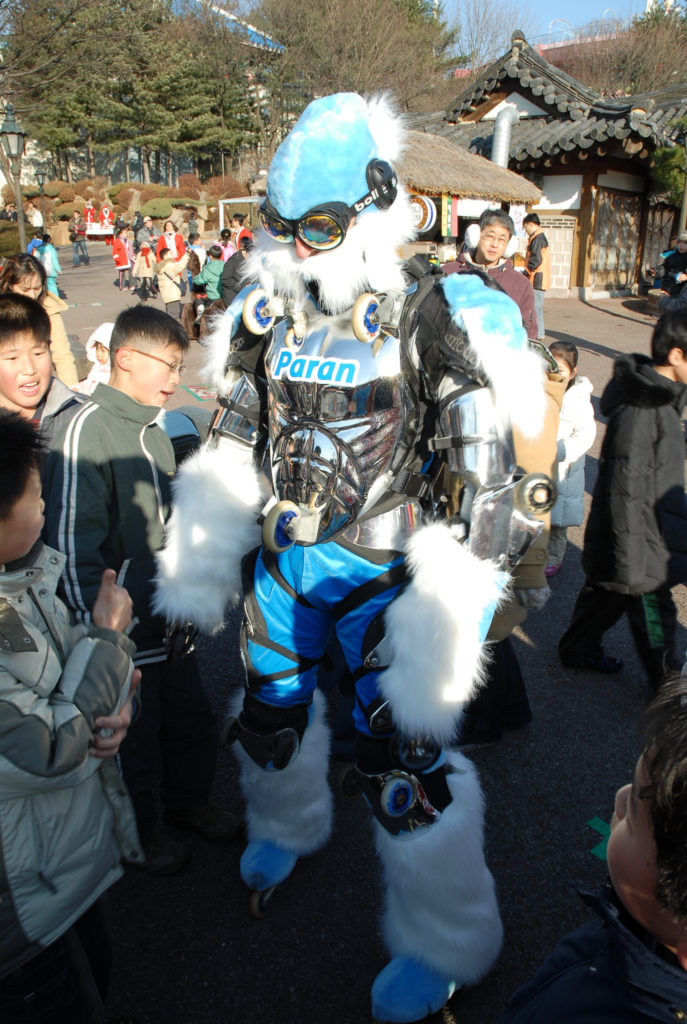 No record no party.

The number of participants was far from enough, but the show had to be done anyway. The fleeting pleasure of meeting k-pop stars on stage during a camera shutter. Clic clac, and everyone is dispersed in the cold mist of the evening of December 24th. 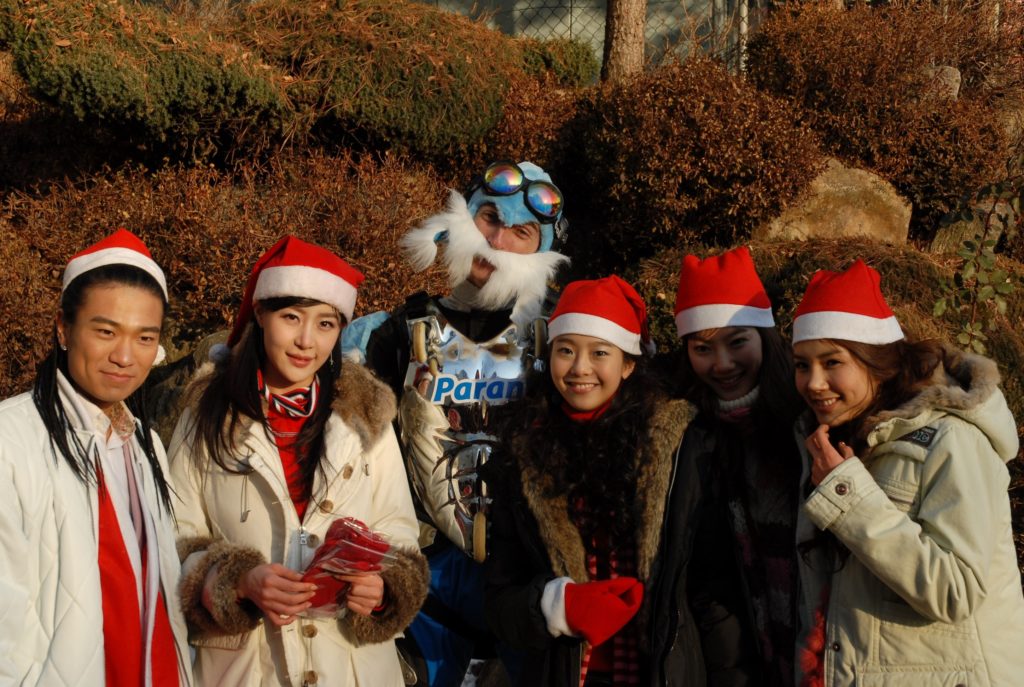 Christmas is also a minor celebration, as people celebrate with friends with alcohol and without gifts. We were again in an improvised love hotel. Small room cramped, half-naked Chae Sun in blue bunny suit, and the falling ears of the “Were Rabbit” of wallace and groomit, made with the remains of the lost Santa Claus. The Christmas spirit cultivated in the Blondeau family sealed around the family reunion and the happiness of being a frat runie, did not take place in this space devoid of aesthetic spirit.
it announced the end of a prophetic year, of the year that would soon be born.

The blue Santa Claus costume, with its soft fur, had a funny effect. He declaimed the urge to hug. You can see kids caressing the arms. But under the soft fur, the metal armor kept its strength, like an iron hands in a velvet glove. It’s actually more complicated. The armor being a shell that protects the hypersensitive Jean Yves, the fur that surrounds reveals the true nature of the one who animates the shell: sweetness. 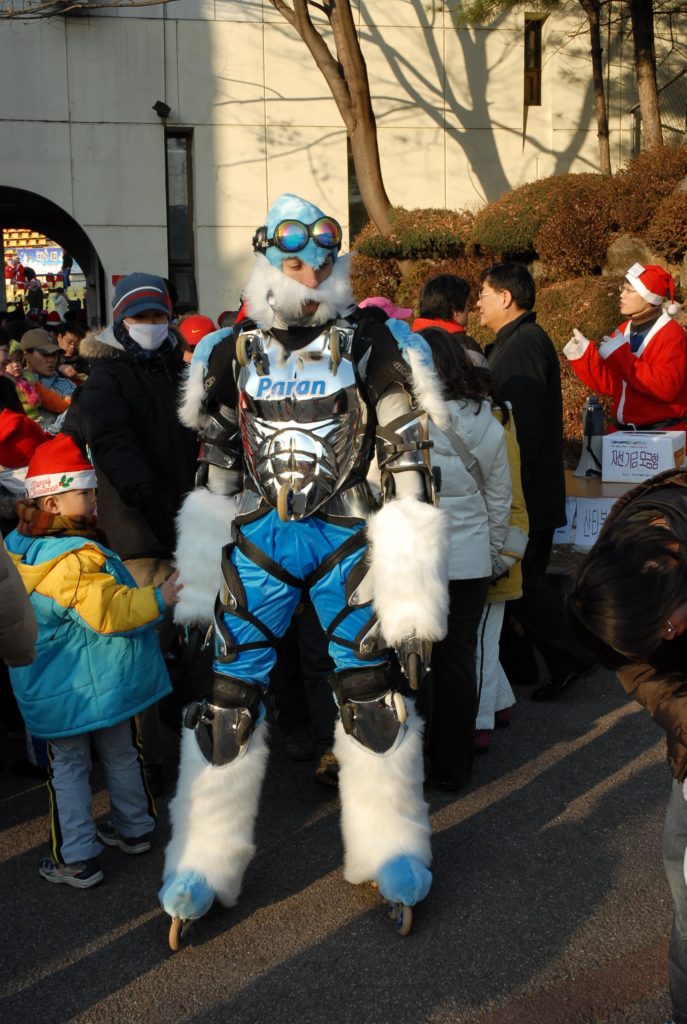