First version of the Show reel, which is the video presentation of the best videos BUGGY ROLLIN 2013 and before, the most beautiful images ever made in BUGGY ROLLIN and BUGGY SKI.

A nice flight to get to the foot of Etna. Jean Yves Blondeau, Rollerman, come to shoot a show for Nissan The Quest with Antonio Rossi, Jury Chichi, on the slopes of the Italian volcano with his armor BUGGY ROLLIN blue. this is the second BUGGY ROLLIN 2013 videos

There was no Nissan vehicle to climb the roads of the volcano but a mini bus full to crack with all the film crew plus the equipment. Already on the first night, under the stormy clouds and the slopes slammed by the free and crazy wind, we do interviews before the dark clouds finally fall on us with the conspiratorial night.

The next day is a virgin morning, the naive morning light invites us to rush up the road in the vehicle too full.

Very quickly the talents express themselves, a soundman who has stories full of his magneto, fades of the image, who continue to take pictures even when there is more action, and a cameraman in the cigar who never quits his limp has slowed down with a goal of another century. The splendid sun cuts silhouettes against the black background of volcanic stones. The rock is dry even after the rain. This rock scratches the skin and emits a particular complaint when it runs. 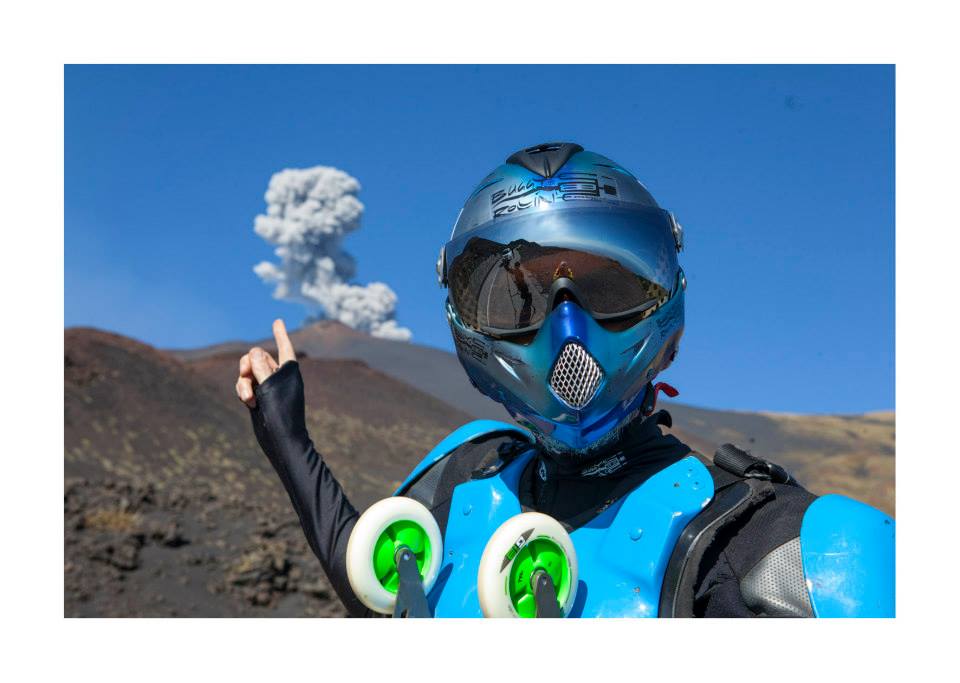 Until the end of the batteries

We can see the road that disappeared several times under the eruptions. We film from morning to night. We have a break too late to eat on the volcano, hungry stomach, no longer provides the energy to think well and move well. But a dish of legendary pasta lifts the spirits and energy for the last catch reborn.

Blood and Azure in slow motion

Then the last rays turn the slopes into an incandescent red that contrasts with the deep blue of the sky. It will be one of the best movies, with a plethora of almost orgasmic slow motion. Herbs can be seen bending in the turbulence of the armor’s whiplash. Pine cones twirl and bounce in twisted salto. The wheels bounce while grating the roughness of the asphalt road. Rollerman’s armor slips down as you glide down the curves of the laces. You can see all the wheels in action, playing the score of a symphony worn on the lines of the turns between the metal rails.

The return of the BUGGY SKI in Europe

Finally the BUGGY SKI is back from Asia after 4 years of disappearance in Asia. The apparition is the plagne. A small explanatory video shot with JYM de la Plagne presents the ski armor in French.

During the year, Rollerman gave interviews to multiple TV channels. Here are France 3, Channel one Russia, and a francophone Swiss TV. 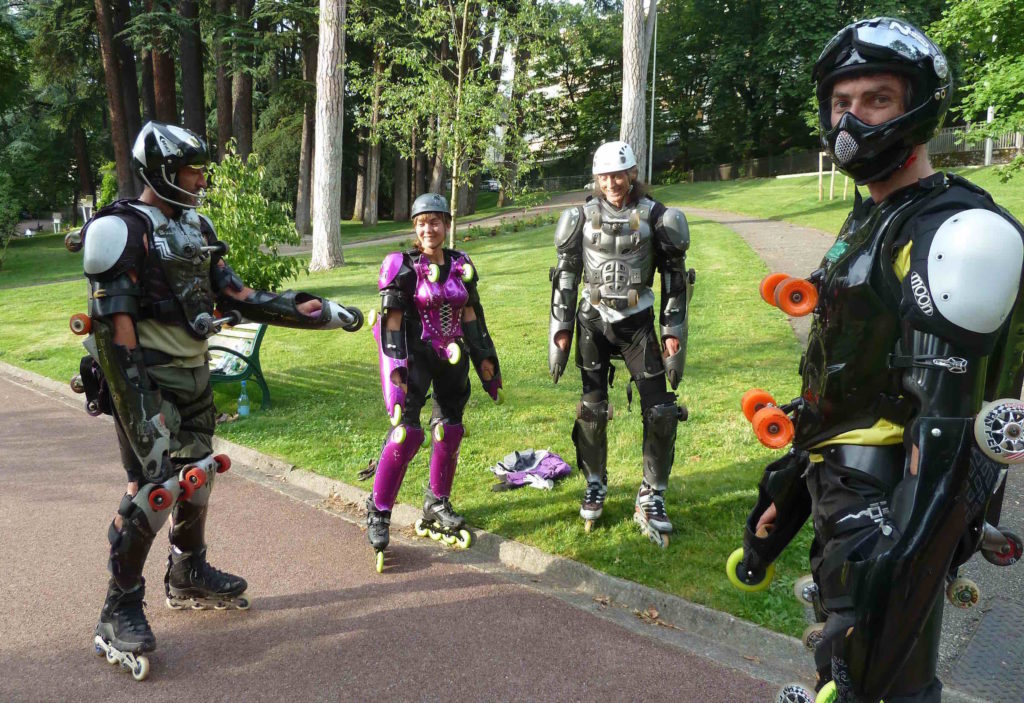 Putting journalists in the BUGGY ROLLIN armor is not enough to get a good show. Journalists should be looked after as apprentices of BUGGY ROLLIN. That’s what we did for Natalia from Russia. But also for Maeva, Cedric and Christian who were not journalists. Put in trust, explain the basics, correct, encourage, play and maintain the flame.