We worked on 3 concept.

All the pictures of this site are protected by copyright. Advertising or publishing rights are protected, contact the author www.lebedinsky.com  – Tel : +33607660257

2. Portraits of Jean Yves Blondeau. Some are the official portrait pictures.  The last ones are named “Portrait silver hands”. We almost never use them. They are dramatic and expressionist.
Advertising or publishing rights are protected, contact the author www.lebedinsky.com  – Tel : +33607660257

3. NilloR YgguB. As dark side of BUGGY ROLLIN, NilloR plays with shadow in the light. He has the freedom of his own mind only. He will hurt you only if he wants. Just be carefull your words and your behavior : if you consider him as a wild animal, you may be safe. Never forget he has real blades and real pikes.

It took one year of negociation to have the luck to step into the movie CZ12 with Jackie Chan. Jean Yves Blondeau could do it because he met Jackie at the last moment, and because he could show him the last suit, Titan. Jackie who loves things well built and good design, made his mind instantly when he finally could see a BUGGY ROLLIN suit in real.

We show you what nobody sees.

On the pictures you can see what we never show for a movie. 1 How the set is made. behind the beautiful library. 2 To make nice travellings very low and dynamic, a camera was fixed vertically in front of a speed car, with a miror to make the point of view lower than the camera would allow. 3 Max is a stunt from germany who wore the suit for all cable works. 4-5 The stunt team repeats every saturday when the rest of the film crew would be off. 6 We can see the entry of the tunnel of first sequence. the orange crane will help for the jump out of the window. 7 the screens that help to control each takes. 8 A lot of activity around jackie after the take around the camera crane. Inside beijing museum. … More explication ? Contact us !

Some videos around CZ12.

Here is the official making of from CZ12 with Jackie Chan.

Here are the post making off by Jean Yves Blondeau

There are six episodes you can see them here.

Danny Strasser was introducing the film “Sarajevo Challenge” at Tegernsee Film Festival staring Jean Yves Blondeau. It is a film that we made together around the Bob track of Sarajevo. This film is a plaidoyer for peace. It explains that the real challenge, more than sport performance, is about keeping people living together in peace. and then bring the joy of extreme sport where it is not expected. It was very important for us to show row return of sport in the ruins of the war, make the life enjoyable again.

Here is a secret reedition of the 2 movies together; the teaser and the film. it was not payed at the Tegernsee Film Festival. It is exclusif for buggy-rollin.com, rollerman.net. It has never been uploaded before. It stays private and not referenced by search engine. If you want the film, contact us. 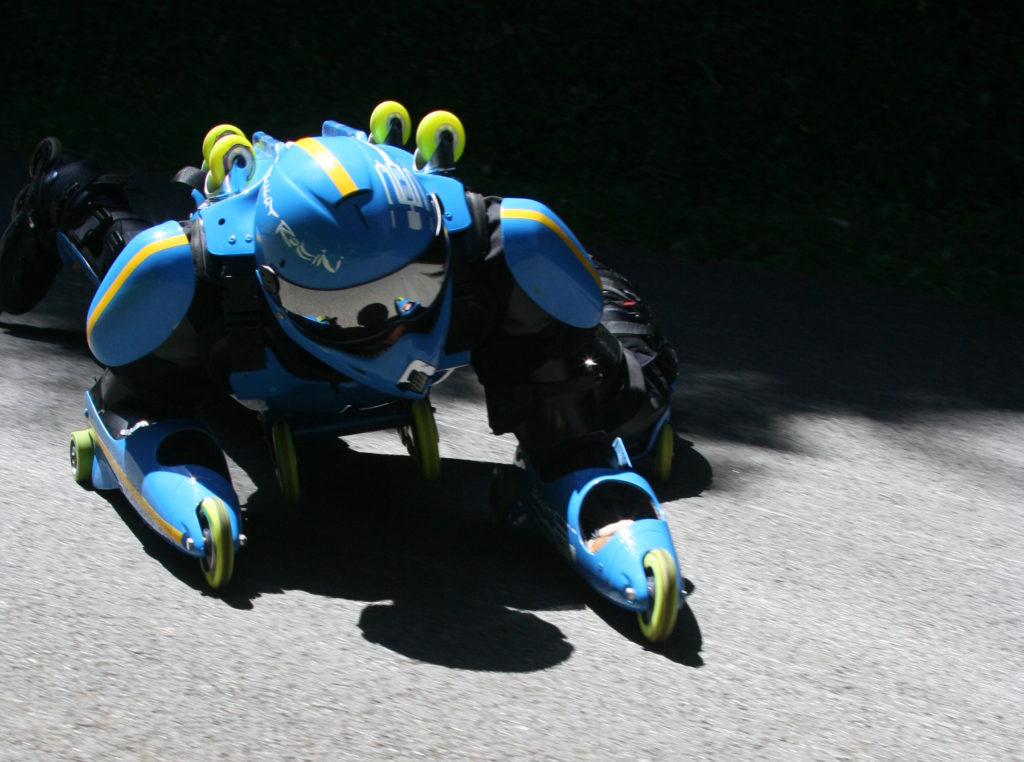 Jean Yves Blondeau was invited in Bangkok by Sueb. It was for making show at Freestyle slalom competition. With his BUGGY ROLLIN blue Aramis suit, Rollerman did performance at press conference, and choreographed show several time a day on the competition spot.

The temperature was excessively high. It was very difficult to perform outdoor with the armor. But Thai people are gentle that helps a lot. We could find a video of the show but the sound has been taken away (thanks youtube), so it was difficult to recreate.

Here is a video of rollerman show in Bangkok

If there is a place in the world where people behave nicely Thailand is one. People kindness and sweet smile is refreshing. Meeting Oui was in the experience of Bangkok maybe one of the most cherish full present someone can get in life. Even if language is a fence kindness is a key. 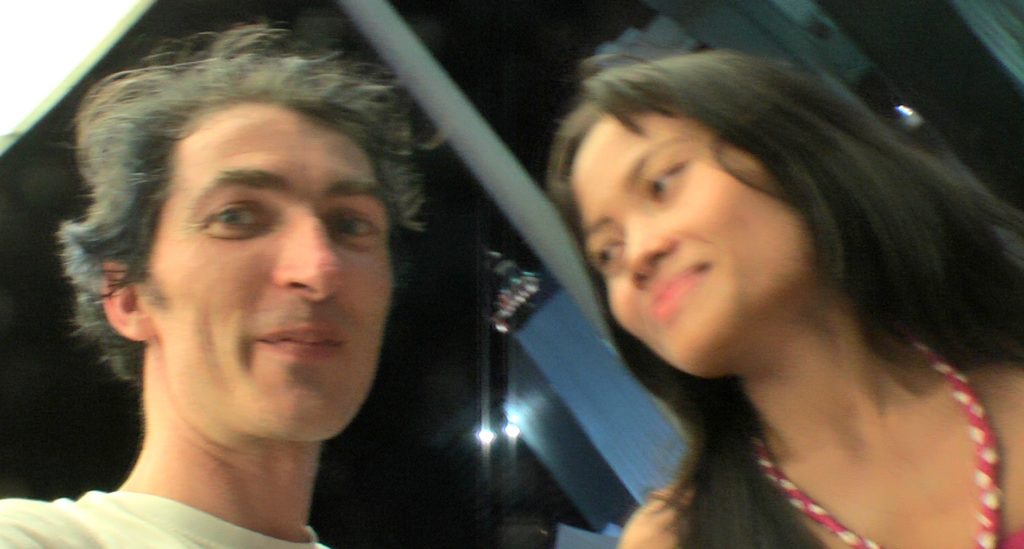 We had a tv recording for BBC blue peter. The story was first to make competition between the TV presenter in skatepark.  The winner would then challenge Jean yves in a racing car going up hill and Jean Yves going downhill. In UK even the hills are quite flat. No way Jean yves could be the faster.

Discovery channel Italia came home and made a nice shooting. The italian team was the best ever to create dramatic light and use funny situation

We had a radio show in Oxygen radio in Pontchara Savoie France. The presenter Nassima tried the suit in studio. It fit her well.

We did a special shooting N for Nissan magazine in the best place of the world for BUGGY ROLLIN the top of Grimsel pass. The concept was to make a race between the new GTR and rollerman. The car uses gaz and horse power, Jean Yves uses only gravity and human legs on wheels. Even with nice slopes Jean Yves could not to be faster than the car only a few seconds behind.

We had the support of Zsofia Katona who checked with good mood if the wheels are spinning well.  Here, with scientific rigor, she listens if the bearings turn well, and checks the temperature of the urethane. The theory of Professor N. Bonnefoy says that the wheels are at their maximum speed at 7 degrees. We had negative temperatures with wind, but the braking stresses make the wheels rise in temperature. The noise of rolling allows to know their level of cleanliness, and to evaluate the need of contribution in lubricant.

Nissan GT-R vs. Rollerman from Territory – Content to Results on Vimeo.