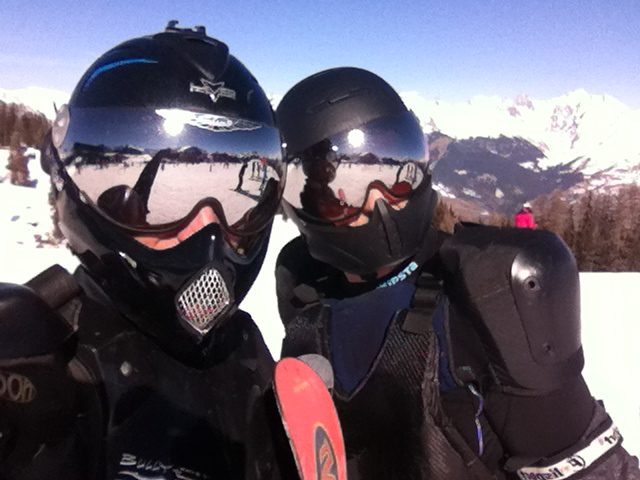 In 2016, Jean Yves was alone at festigliss of Montalbert la plagne. But in 2017 Riderman was ready to use his BUGGY SKI on a big ski resort with Jean Yves. So together they were the first group in the world ever practicing BUGGY SKI at the same place. Two people. Good people. If the quantity fo BUGGY SKI riders is not here the quality is. During the day sharing turn technics, improving some material and design key made a great leap forward to the sport of BUGGY SKI.

Even if both athletes live in France, their schedule is not easy to synchronise. Making them buggy skiing together is a great event. During the day many photos are taken with the public. A lot of time is spent to answer some questions. That is belonging to the duty of being at festigliss.

After that day, riderman suit got a lot of improvement, so the following winter he had a very well working BUGGY SKI. With that better deigned suit, better geometry, more adapted skis profile, he could really progress. and make the gap between Jean Yves and him disappear. 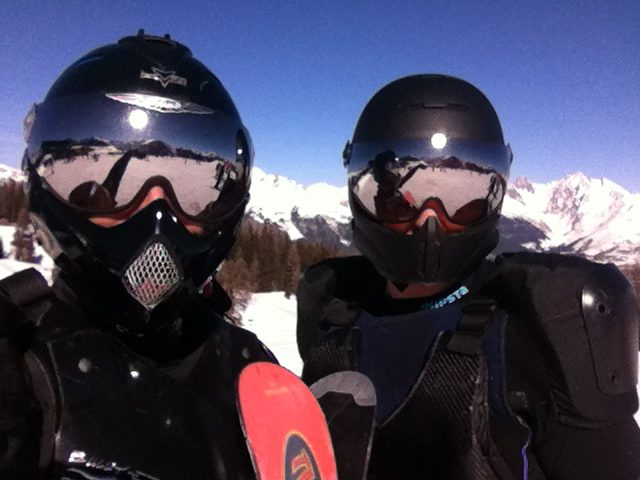